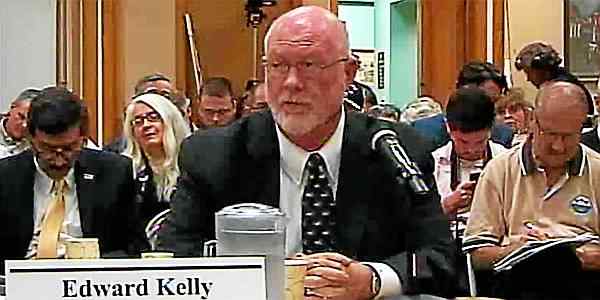 Daily Freeman: The Croton Town Hall was packed Wednesday with public officials and residents with strong opinions about a commercial shipping industry’s proposal for the U.S. Coast Guard to create 43 anchorages for barges and other vessels at 10 sites on the Hudson River between Yonkers, N.Y., and Kingston, N.Y.

“It really boils my blood that the Coast Guard is not here tonight, at a Senate hearing, to answer these important questions,” Carlucci said. “That’s the big problem here. There’s no transparency on this issue.”

Westchester County Executive Robert Astorino said he was “dumfounded” that out of more than 2 million federal employees, not one could make it to Croton.

A parade of municipal officials spoke, including Yonkers Common Council President Liam McLaughlin, who referred to what he said was the prospect of “end-to-end” barge traffic.

“The propose rule is simply irreconcilable with the adopted Hudson River Valley National Heritage Area Management Plan approved by the U.S. Secretary of the Interior, which provides a pertinent park for the recognition, interpretation and, most importantly, the preservation of sites along the Hudson River,” McLaughlin said.  Read more.