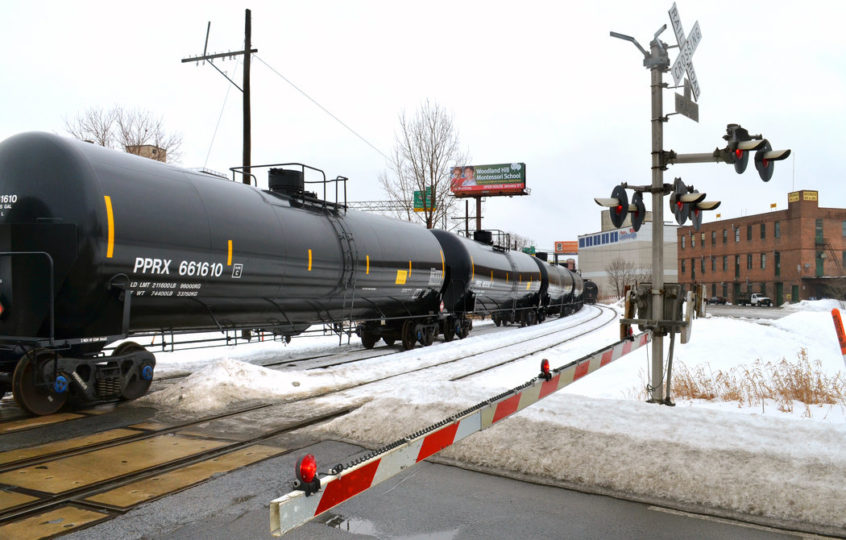 New York Times: ALBANY — On a clear December morning two years ago, a 600-foot oceangoing oil tanker called the Stena Primorsk left the Port of Albany on its maiden voyage down the Hudson River laden with 279,000 barrels of crude oil. It quickly ran aground on a sandbar.

The incident attracted little attention at the time. The ship’s outer hull was breached, but a second hull prevented a spill. Still, the interrupted voyage just 12 miles south of the port signaled a remarkable turnaround for the state’s capital.

About 75 percent of Bakken oil production travels by rail and as much as 400,000 barrels a day heads to the East Coast, said Trisha Curtis, an analyst at the Energy Policy Research Foundation. Albany gets 20 to 25 percent of the Bakken’s rail exports, according to various analyst estimates.

But opposition is starting to form over new plans by one energy company to expand operations here and, possibly, ship crude extracted from the oil sands of Canada into Albany. The company, Global Partners, which pioneered the use of Albany as a crude-oil hub, is also looking at shipping oil from a terminal in New Windsor, just north of West Point.

The rapid growth in the oil-by-rail business is raising alarms. Railroads carried more than 400,000 carloads of crude oil last year, up from 9,500 in 2008, according to the Association of American Railroads. Federal regulators have been under pressure to address the industry’s safety and recently outlined a series of voluntary steps, including slowing oil trains in some major urban areas.  Read more.