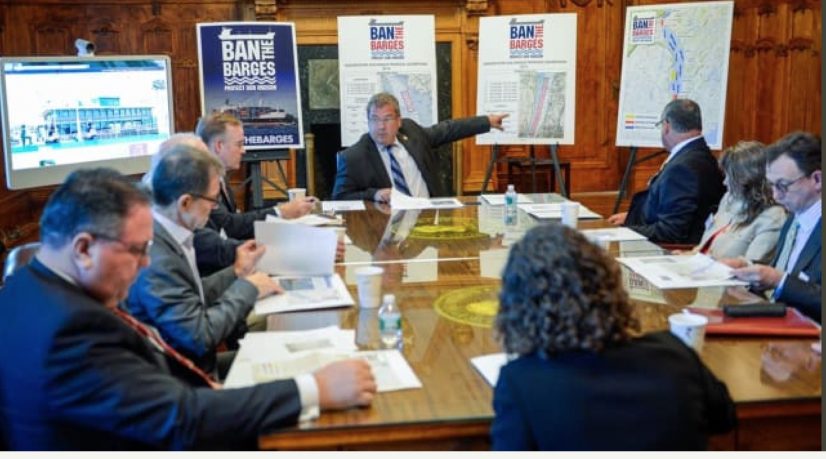 Last month, Hudson Valley officials and organizations teamed up to form the Hudson River Waterfall Alliance, which is protesting a proposal from the Coast Guard that would allow for barges to anchor off of the shore of several communities.  Originally, members in the community were able to submit written comments or concerns to the Coast Guard online by Wednesday, Sept. 7.  That period has now been extended until Tuesday, Dec. 6.

Earlier this year, the Coast Guard issued a proposal to establish new anchorage grounds in the Hudson River from Yonkers to Kingston in an effort to improve navigation safety along an extended portion of the area, which currently has no grounds for barges as large as 600-feet to park.  If the proposal is approved, it would include 16 anchor berths for barges to stop and park across 715 acres on the water between Yonkers and the Dobbs Ferry Train Station.

As a result, led by Yonkers Mayor Mike Spano, the Hudson River Waterfall Alliance called on their constituents to “Ban the Barges and Protect Our Hudson.”“This proposition is strictly a financially-driven agenda without concern for the quality of the life of the river communities,” he said. Read more.