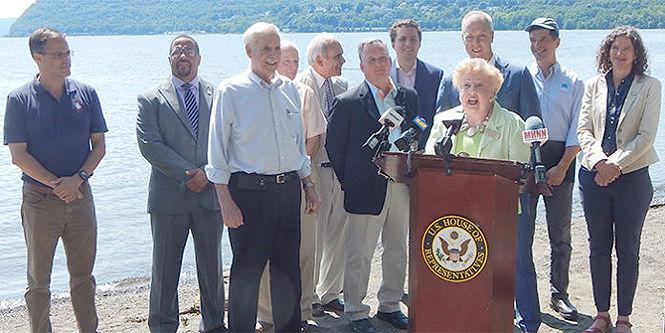 Kingston Daily Freeman: Federal legislation to permanently bar large vessels from anchoring in the Hudson River between Kingston and Yonkers is halfway to the president’s desk.

The bill, authored by Rep. Sean Patrick Maloney, D-Cold Spring, has cleared the House and awaits action by the Senate.

“The bill I wrote also requires that any new oil barge storage on the Hudson River, wherever it is sited, requires 180 days notice to the Congress so that we can see how we feel about that, as well,” Maloney said. “Because we care about the whole Hudson River, not just our part of it.”

Maloney said the new bill does include a provision under which barges that become disabled can stay where they are until they are able to move or be moved. And the bill does not include any penalty resulting from damage or spillage caused by a barge.

Additional news articles about the legislation: