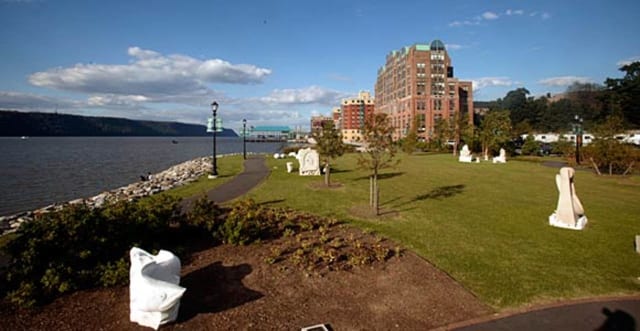 Yonkers Daily Voice: U.S. Sen. Andrea Stewart-Cousins is the latest to join the cacophony of local officials protesting a proposal from the Coast Guard that would create anchorage sites for barges that would affect multiple Westchester municipalities along the Hudson River.

Since the Coast Guard announced a proposal that would include the installation of 16 anchor berths across 715 acres on the water between Yonkers and Dobbs Ferry, it has come under fire from local, county and state officials.

Earlier this month, following the public outcry, the Coast Guard extended the public comment period for the plan by 60 days. Just last week , the Westchester County Board of Legislators became the first to pass legislation in opposition of the plan.

“The Hudson River offers a unique natural beauty, and these communities tout the proximity to it as an enormous economic asset,” Stewart-Cousins said. “These towns have invested millions of dollars to spur economic development along the river under the assumption this beauty would not be infringed upon.

“These anchorages threaten the aesthetic value of the wonderful views the river affords and will obstruct free use of the river for boaters, kayakers, swimmers and others.”  Read more.