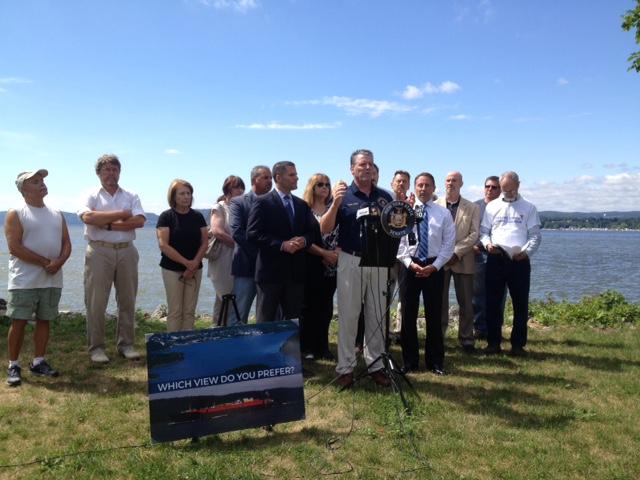 Daily Voice: Residents are being asked to voice their opinion and help save the beauty and cherished natural resources of the Hudson River from 10 new proposed anchorage locations by the United States Coast Guard.

At a recent press conference held at the Hudson Valley Marine, State Sen. Terrence Murphy, and Westchester County Executive Robert Astorino, along with other residents, environmentalist and local leaders, voiced their opposition to the project.

“There are four main issues with this proposal: One, the lack of transparency. Two, it’s a navigational hazard. Three, it’s an environmental hazard waiting to happen. Four, this is a homeland security nightmare,” Murphy said.

The Coast Guard recently unveiled its agenda calling for the additional anchorages on the Hudson River for commercial vessels such as industrial barges to drop anchor. Among the 10 spots are locations in Westchester including Yonkers, Montrose and Verplanck.

“Once again, it appears that the federal government wants to do what it wants, where it wants, when it wants and that’s just not okay,” said Astorino. “This plan would create a giant parking lot for massive barges and other commercial vessels just yards from our shores, and there needs to be a process to fully vet this proposal in the most transparent manner possible.”  Read more.