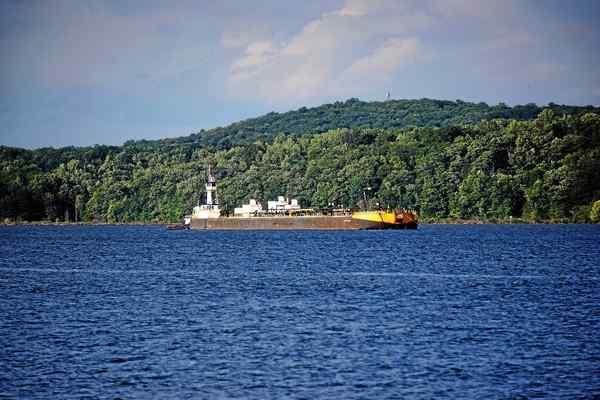 Rye City Review: After an outpouring of negative commentary and bipartisan backlash from elected officials, a proposal from the U.S. Coast Guard to add dozens of anchorages across the Hudson River has been suspended, but may not be fully dead in the water.

According to a statement made by the Coast Guard following their decision to halt the process on June 28, the suspension of a rule-making process to install 43 additional anchorages across the Hudson will coincide with a study of the waterway’s safety.

Concern over the safe passage of barges traversing the Hudson has been frequently cited as the agency’s impetus for floating the anchorage proposal in the first place.

The study, called a Ports and Waterways Safety Assessment, PAWSA, will assess “safety hazards, estimate risk levels, evaluate potential mitigation measures, and set the stage for implementation of selected measures to reduce risk,” according to the Coast Guard.

In addition to political opposition, including Westchester County Executive Rob Astorino, a Republican, who described the Coast Guard plan as a “parking lot” for large oil barges, public comments against the anchorage proposal, which totaled more than 10,000 before the comment period closed, were overwhelmingly negative.