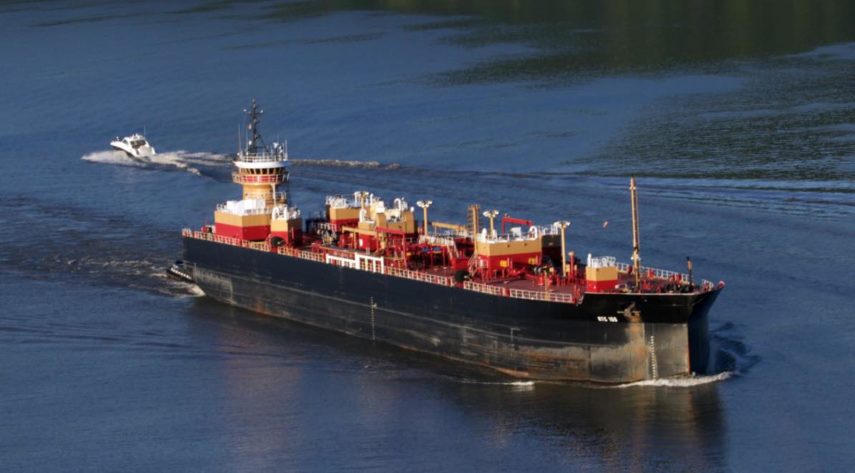 westfaironline: The U.S. Coast Guard is considering new anchorages along a 109-mile stretch of the Hudson River where tugs and barges could wait out storms or wait for a high tide.

That’s not going over well in river towns that have invested heavily in revitalizing their waterfronts or among environmentalists who fear more pollution.

The Coast Guard has posted a proposed rule that would create 10 anchorages from Yonkers to Kingston. They would encompass more than 2,000 acres and accommodate 43 vessels up to 600 feet long.

American Waterways Oper-ators, Hudson River Pilots Association and the tug and barge committee of the Maritime Association of the Port of New York and New Jersey proposed the rule.

The problem, as the maritime interests see it, is that there isn’t enough space to safely park tug boats, barges and other large vessels during emergencies and adverse conditions.

Traffic has increased dramatically in the last few years, the Maritime Association said in a January letter to the Coast Guard, and is expected to continue increasing. But there is only one designated anchorage between Yonkers and the Port of Albany, at Hyde Park, with room for only three vessels.

Depths in parts of the Hudson have narrowed because of irregular dredging, so deep vessels must await high tide. The conditions create a logistical nightmare, especially during severe weather.

“When a tug and barge hit a situation, which happens rather frequently — with the fog and thunderclouds forming and ice in the water and low tide — they need places to anchor,” said Edward J. Kelly, executive director of the Maritime Association. Now they park in the same places proposed in the rule.

“These are places we know are safe and protected,” Kelly said. “They’ve been used for centuries, as a customary and common practice. All we want to do is formalize them and call them anchorages.”

Last year, however, the Coast Guard issued a safety bulletin to operators of commercial vessels reminding them that, “except in cases of great emergency,” they may anchor only in approved anchorages. Flouting the regulation could result in a $40,000 penalty.

The industry casts its proposal as a safe and environmentally sound way to move products as trade volumes increase. Barges and tugs use far less fuel and pollute significantly less than trucks. Barges are double-hulled, so they are unlikely to leak. Crew members must undergo extensive federal background checks.

The Hudson has been a battleground for centuries between industry and recreation, the economy and the environment, practicality and aesthetics….

The late folk musician Pete Seeger sailed his sloop Clearwater from Beacon to raise awareness of the river’s pollution by companies and co-founded the Clearwater Festival to celebrate the environment and the Hudson. Seeger, said Vitalah Gayle Simon in a comment posted on Regulations.com, “must be singing loudly against the proposed barge project on the beloved Hudson which he dedicated so many years of his life to clean up.”  Read more.