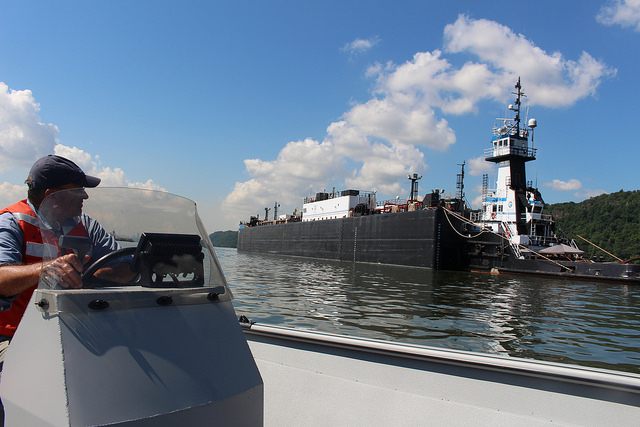 MidHudsonNews.com: An environmental leader, who is involved in the fight against placing commercial anchorages in the Hudson River between Yonkers and Kingston, said this battle is believed to be the biggest one in the region’s history of protecting the environment.

John Lipscomb is the vice president for advocacy for the Riverkeeper organization and he said all other environmentalists he has consulted agree this is the largest effort of its kind in Hudson Valley history.

“I am including the famous battle over Storm King and I am including the battle over PCBs against General Electric, nothing has brought out this kind of bipartisan and wide, widespread public response,” Lipscomb said. “There has never been, in the history of the Hudson Valley, an outpouring of concern for the river that even approaches what we just saw.”

When the deadline for public comment ended earlier this month, over 10,000 were submitted and Lipscomb said when you factor in municipal leaders who represent large constituencies, the comments represent 1.5 million.

He said that win or lose this issue will go down in history “as a moment that finally galvanized the entire valley to come out and protect the river.”

The proposal for the anchorages was advanced to the US Coast Guard by the commercial shipping industry, which must consider it.