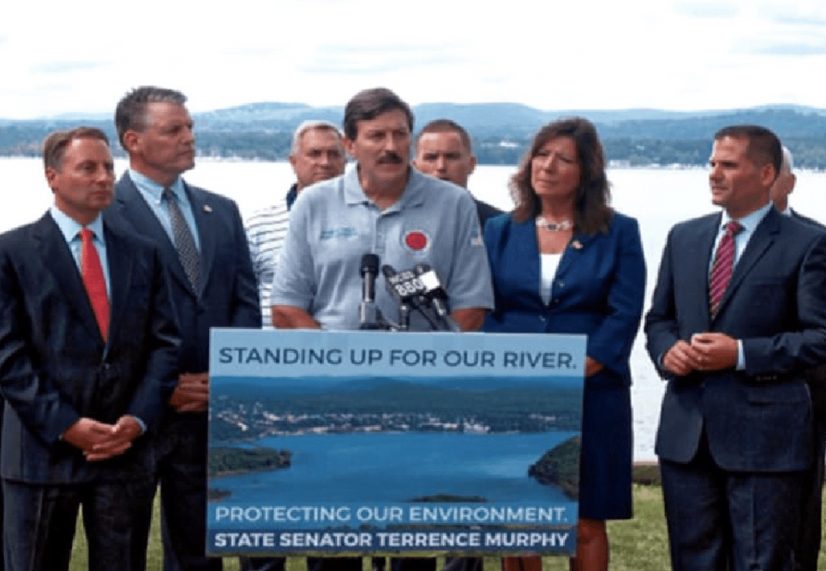 Yorktown Daily Voice: A bill to prevent the creation of anchorage sites in the Hudson River has passed the New York State Assembly and Senate, and will now head to Gov. Andrew Cuomo’s desk before it can be signed into law.

Earlier this year, bi-partisan Hudson Valley officials came together at the Yonkers waterfront to announce additional legislation that would stop the U.S. Coast Guard’s proposal that includes the installation of 16 anchor berths across 715 acres on the water between Yonkers and Dobbs Ferry.

“Westchester is the first county to pass a resolution against the plan, and I hope other counties along the Hudson River follow our lead,” Testa said in a statement. “The resolution should send a strong message to the Coast Guard and federal government that both Republicans and Democrats on the Westchester County Board of Legislators stand in opposition to the proposal to park barges laden with oil up and down the Hudson River just off the waterfronts of our communities.”

In March, Congressmen Sean Patrick Maloney and Eliot Engel announced the new legislation to ban the barges. The legislation would make it illegal to create such anchorage sites within five miles of superfund sites, a nuclear power station, a site on the National Register of Historic Places, near endangered species or other “critical areas.”  Read more