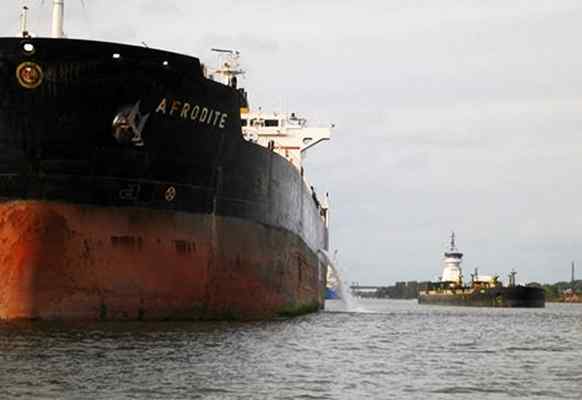 Kingston Daily Freeman: The public comment period regarding a plan to establish large-vessel anchoring sites on the Hudson River has been extended by three months, the U.S. Coast Guard said Thursday.

The deadline for comments has been moved from Sept. 7 to Dec. 6.

The Coast Guard said it already has received nearly 2,400 comments about the plan, which would establish 10 locations for large commercial vessels to anchor between Kingston and Yonkers.

The “Anchorage Grounds” plan, proposed in June, has prompted objections from residents and municipal and county leaders up and down the river, as well as environmental advocates, federal lawmakers and candidates for office. Opponents cite potential risks to public safety, the environment, drinking water supplies, recreation, tourism, the economy and the health of the river.

Locally, there would be anchoring sites near Kingston, Rhinebeck, Port Ewen and Marlborough.

Some opponents have called for the longer comment period that the Coast Guard announced Thursday. Read more.