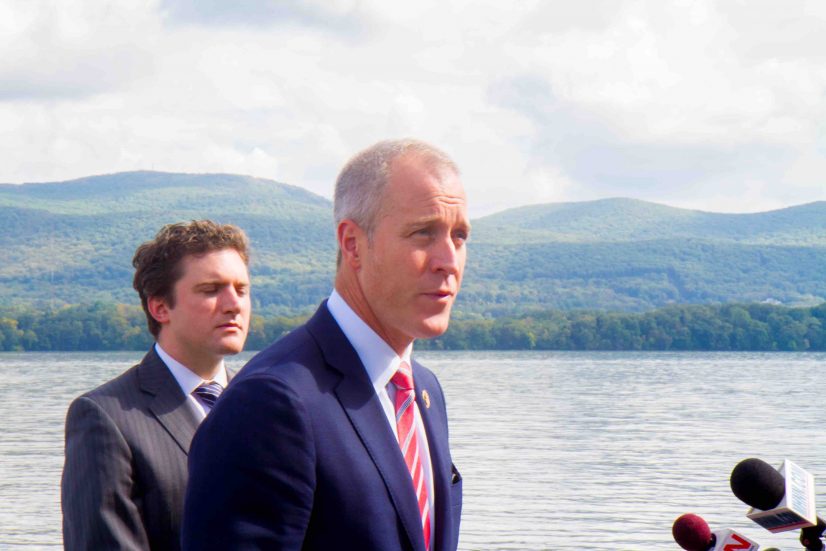 Yonkers Daily Voice: After more than a year, the Coast Guard has agreed to kill a proposal that would have seen barge anchor berths placed along the Hudson River.

According to Congressman Sean Patrick Maloney, on Tuesday, “after more than a year of tireless efforts to defeat a plan for additional anchorages,” the Coast Guard agreed to pull the deal off the table, announcing they would “suspend future rulemaking decisions.”

Maloney called the decision a victory for the Hudson Valley.

“I am glad the Coast Guard has come around to our way of thinking,” he said. “This is a victory that the Hudson Valley won together – from the 10,000 residents who submitted comments to the bipartisan coalition of elected officials across all levels of government who came together with one voice to protest this terrible idea. Our river is a national treasure that should be preserved and protected for generations – not turned into a parking lot for commercial oil ships.”

Earlier this year, bi-partisan Hudson Valley officials came together at the Yonkers waterfront to announce additional legislation that would stop the U.S. Coast Guard’s proposal that includes the installation of 16 anchor berths across 715 acres on the water between Yonkers and Dobbs Ferry.

“Westchester is the first county to pass a resolution against the plan, and I hope other counties along the Hudson River follow our lead,” Testa said in a statement. “The resolution should send a strong message to the Coast Guard and federal government that both Republicans and Democrats on the Westchester County Board of Legislators stand in opposition to the proposal to park barges laden with oil up and down the Hudson River just off the waterfronts of our communities.”  Read more.