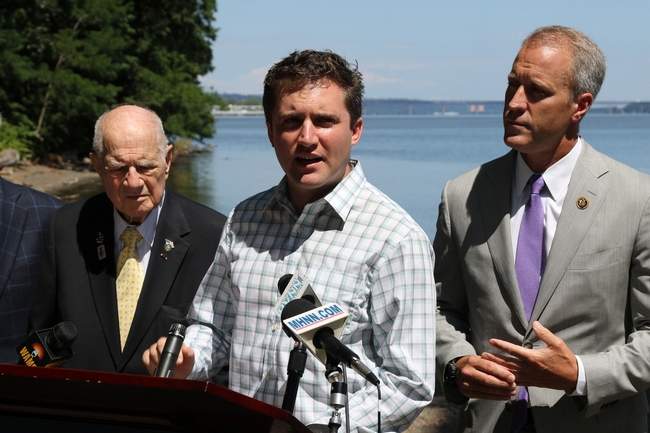 Times Herald Record: The pilots whose ships, tugboats and barges ply the Hudson River say safety is behind a federal proposal to designate 10 points along the river as places commercial vessels can anchor when confronting bad weather, ice, tired crews or other problems.

But environmentalists and elected officials representing the City of Newburgh and other river towns and villages are opposing the U.S. Coast Guard’s proposal, citing a lack of public input and the potential impacts on the environment, recreational boaters and those who enjoy the Hudson’s views.

On Friday three environmental groups and mayors and supervisors from six Hudson River municipalities will join Assemblyman Frank Skartados to denounce the proposal at a press conference in Beacon.

On Thursday U.S. Rep. Sean Patrick Maloney and state and local officials gathered at Plum Point in New Windsor to air their concerns, with Maloney calling for an environmental impact study and expedited public hearings.