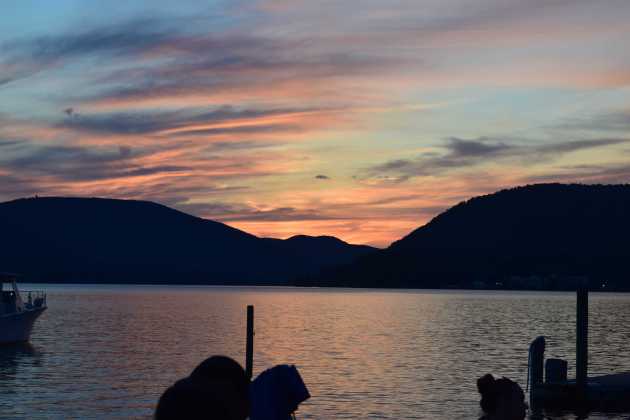 Peekskill Post: The federal government’s plan to anchor  barges containing oil and other cargo in the waters of the Hudson River, not far from Peekskill, has drawn sharp criticism from elected officials due to environmental and aesthetic concerns, but a spokesperson for the U.S. Coast Guard said the plan may actually make the river safer and lessen the chance of an oil spill.

“We want to make sure the transit between Yonkers and Kingston remains safe,” said U.S. Coast Guard spokeswoman Chief Warrant Officer Allyson Conroy. “The problem right now is these vessels cannot anchor outside of federally regulated anchorage sites, of which there is only one between Yonkers and Kingston and it is closed between Dec. 16 and the last day of February because the river freezes. So the idea of having more anchorages along the Hudson River creates safety for these pilots and can improve navigation. They can stop there and anchor to refuel, get food, take a nap because they can only go for so long. The longer they have to go the higher the risk of them getting tired and causing a risk on the river and we do not want that.”

Conroy added that these barges will contain cargo that is already shipped on the Hudson on a daily basis, including oil and natural gas.

“These aren’t parking lots, as I have heard some say,” Conroy said. “Think of it more as a rest stop for a trucker. I think it is important to add that literally billions of barrels of oil are shipped up and down the river.”  Read more.