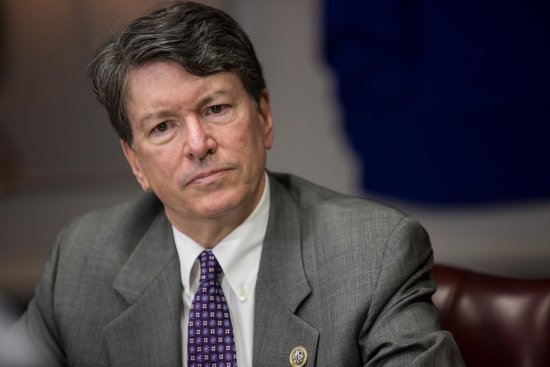 Washington, D.C. – Congressman John Faso (R-Kinderhook) today announced the inclusion of language added at his request to H.R. 2518, the Coast Guard Authorization Act of 2017, that would protect the public health and public safety of Hudson River communities by prohibiting proposed Yonkers-to-Kingston barge anchorages for up to one year while Congress assesses environmental and other impacts. The last reauthorization for the Coast Guard’s major funding bill was passed in 2015 and is set to expire this year.

“The Hudson River, like any finite resource, can only thrive when it is shared responsibly and all voices are heard. Since news of the Coast Guard’s proposal emerged, I have urged the agency to work with our communities and listen to their concerns. I saw the opportunity with a must-pass piece of legislation affecting the Coast Guard to add a provision which would halt the anchorage process and get this provision enacted into law,” said Faso.

“This amendment helps ensure an open, transparent and inclusive rulemaking process for communities that depend on the Hudson River for recreation and local economic growth, and I commend Congressman Faso for his hard work in getting this important provision added to the Coast Guard legislation,” said Transportation and Infrastructure Committee Chairman Bill Shuster (R-PA).

Congressman Faso’s language, which was included as part of the “manager’s amendment” to H.R. 2518, requires a six-month time limit for the Coast Guard to submit to Congress a “detailed summary” of the public comments it has collected related to its Proposed Rule for 10 anchorage grounds for barges between Yonkers (Westchester County) and Kingston, NY (Ulster County). The report must also include the Coast Guard’s responses to these concerns. None of the proposed anchorages may be established during this time. Once Congress receives the Coast Guard report, the agency may not approve the 10 proposed anchorages for an additional six months while the report is reviewed. At the behest of Faso and others, the Coast Guard lifted its original September 7, 2016 deadline for written comments and extended the public comment period until the end of that year.

“Parking commercial barges off our shores would have profound environmental, economic and public safety implications for Westchester residents. We need a better process to vet this proposal and ensure that local concerns are heard at the federal level. We’ve been asking for this for the better part of a year and thanks to Congressman Faso’s efforts, we may finally be on our way to a more open and transparent process we deserve and the opportunity to let our voices be heard,” said Westchester County Executive Rob Astorino.

“For too long the federal government has made decisions impacting our communities without an adequate public process, leaving key stakeholders out. This issue requires local and congressional involvement. I’m grateful to Congressman Faso for this amendment. Now Dutchess County and other river communities will have a real chance to be heard loud and clear,” said Dutchess County Executive Marc Molinaro.

“Congressman Faso’s legislation is important in that it ensures all information is studied and made available. This legislation helps give our communities the information we need to assess the issues relating to anchorages along the Hudson,” said Orange County Executive Steve Neuhaus.

“I fundamentally respect the Coast Guard and its mission. However, our local concerns related to public safety and the risks associated with increased river traffic carrying oil and refined fuels need federal representation too. That’s why I’m pleased to support Congressman Faso’s measure pausing the anchorage rule until Congress can take a good look at our concerns. John listened to us and got the job done,” said Dutchess County Sheriff Adrian “Butch” Anderson.