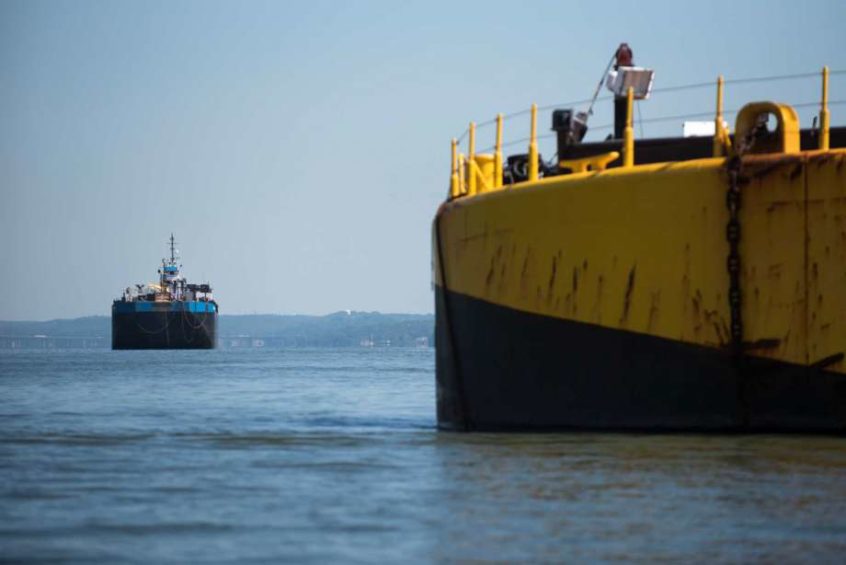 Albany Times Union: Vessels traveling the Hudson River say they need more places to anchor as ship volume has increased at the Port of Albany, leading to congestion there.

The plan submitted to the Coast Guard seeks anchorage stations, which are rest stops, along the river from Kingston to Yonkers.

But the attempt to establish the stations is rippling through the riverfront communities south of Albany. Local public officials cite environmental concerns and a negative impact on waterfront redevelopment efforts and spoiling river views as reasons why the stations should not dot the river.

Space is allotted for more than 40 vessels over 10 proposed stations on the river. The stations, the trade association that sponsored the plan said, would ease commercial navigation and boost safety.

The proposal follows two high-traffic years at the Port of Albany. In 2015, the port saw 69 ships and heavy lift barges, according Tony Vasil, business development and marketing manager. This followed a banner year of 94 ships and barges, which the port attributed to General Electric’s large shipment of power generation equipment to Algeria. The prior five years averaged 57.4 ships and barges.

As crude oil trade on the river is poised to grow, more way stations are needed, the Maritime Association of the Port of New York and New Jersey said earlier this year.  Read more.