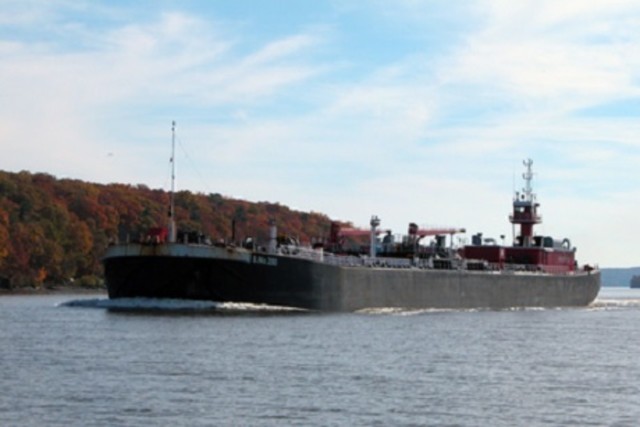 NRDC: The future health of the Hudson River depends heavily on decisions that the New York State Department of Environmental Conservation must make soon. That may sound like the-sky-is-falling overstatement, but it’s not. New York Gov. Andrew M. Cuomo seems pretty worried, too.

On January 28, Cuomo recognized the seriousness of at least part of this issue with an executive order calling for a group of state agencies, including DEC, to study shipments of crude oil in the state and report back to him by April 30. He directed them to make recommendations on how New York can both coordinate better with federal agencies and improve its own ability “to prevent and respond to accidents involving the transportation of crude oil and other petroleum products by rail, ship, and barge.”

This executive order did not come out of the blue. The governor was reacting to a series of catastrophic oil accidents. Right at the top of the document, he cited two of them. One took place last July 26, when a train carrying crude oil derailed in Lac-Mégantic, Québec. The horrific result: fire and explosion causing 47 deaths, the destruction of the community, and mass evacuations. Then, on December 30, a derailment in Casselton, ND, spilled more than 400,000 gallons of crude oil, caused a fire, and forced more than 1,000 residents to evacuate.

Those accidents may seem remote, but rail-to-barge shipments of crude oil are arriving daily in the Port of Albany, destined for refineries in the Mid-Atlantic states. The trains are traveling both eastward, along the Mohawk River, and southward, from Canada, along Lake Champlain. At the Port of Albany, the rail cars transfer their volatile cargo to barges, which head down the Hudson.

Much of this oil originates in the Bakken formation in North Dakota. Two things are worth noting about Bakken oil: first, as the governor pointed out in his executive order, “Bakken crude oil has a lower flashpoint and is therefore more prone to ignite during a rail accident.” Second, as he also acknowledged, the production of Bakken oil is increasing. That crude, the governor said, “due to lack of pipeline capacity, must be transported by rail.”

That is where DEC’s role becomes crucial. In November 2012, the agency approved an application by Global Companies LLC to change its existing permit and double the storage and loading capacity for Bakken oil at the Port of Albany. And that’s not doubling a trivial amount.

“Within the past year, over one billion gallons of explosive Bakken crude oil has been shipped into the Port by rail; hundreds of crude oil rail cars are being stored just feet away from homes and playgrounds; and long lines of crude oil rail cars routinely stretch for miles along Route 787 through the heart of downtown Albany,” said a January 30 letter to DEC Commissioner Joseph Martens, which NRDC endorsed. “All of this has occurred without the thorough environmental review required by state law, and without any attempt to engage the residential communities that are bearing the brunt of this unprecedented industrial activity as required by the Department’s Environmental Justice Policy.”

That policy grew out of concerns in the late 1990s that DEC’s permitting process was not taking into account disproportionate environmental impacts on low-income and minority communities—and wasn’t doing enough to hear the voices of these communities. As an agency, the DEC now has a clear policy on environmental justice.  Read more.