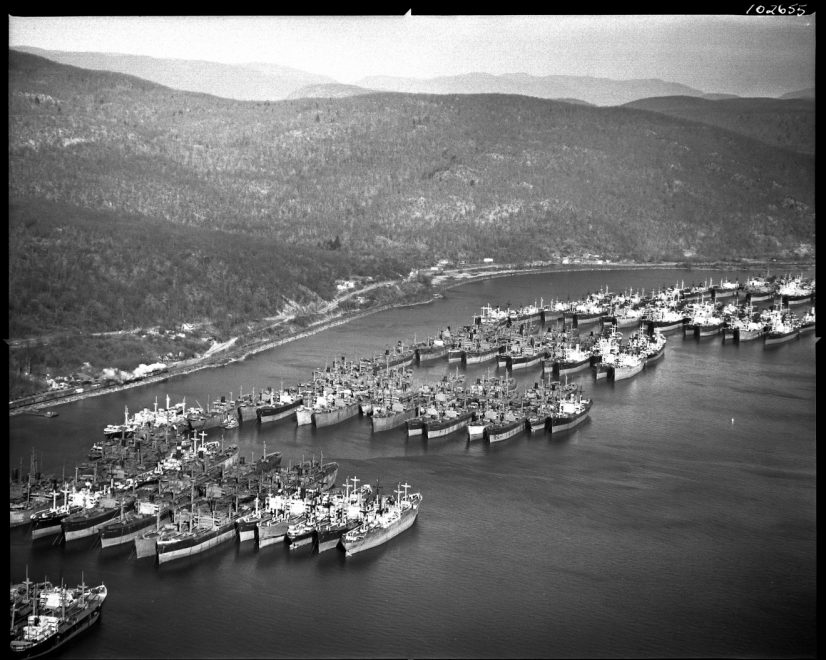 Times Union: The current proposal to house crude oil barges at various points along the Hudson River harkens to a time when it was used to park vessels before.

The Hudson River National Defense Fleet was established by Congress in 1946, one of several locations in the nation for storing warships, troop transports and cargo ships left over from World War II. The Hudson River fleet was first located at Tarrytown, then moved north to Jones Point opposite Peekskill. At its peak in 1965, 189 ships were anchored there in 10 rows reaching from near shore well out into the river.

Communities where the ships were anchored along the Hudson acquiesced. The ships were well-maintained, seldom moved and apparently did not leak fuel or oil. The ships were seen as a contribution to having a ready fleet in case of national emergency. Some ships were pressed into service during the Korean and Vietnam wars. Otherwise, the “ghost fleet,” as it was popularly called, led a quiet existence. A few ships were used in the late 1950s and early 1960s to store surplus wheat for the U.S. Department of Agriculture.

In fact, the fleet became something of a tourist attraction. A New York Times article in June 1963, “Sunday Drive Up the Hudson,” included the anchored ships among what it called “fabulous views.”

Not everyone agreed. Theresa Scozzafava, owner of Barney’s Restaurant at Jones Point, sued in federal court, claiming the ships were anchored on what she called her “front lawn” because she owned out into the river and that they were obstructing her view. The court ruled against her, calling the anchoring of the ships “an exercise of the government’s sovereign power to regulate commerce and navigation.”  Read more.  (Photo: Hudson River Reserve Fleet)