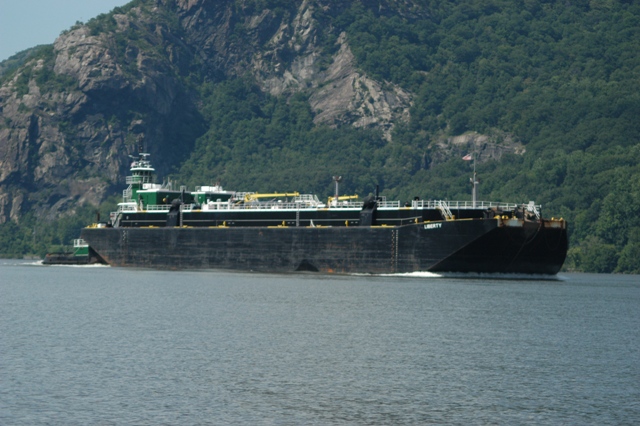 Peekskill Post: Though it was not exactly a kumbaya moment, Republicans and Democrats on the Peekskill Common Council agreed Monday night that a federal government plan to anchor barges containing oil in the waters of the Hudson River not far from Peekskill should not move ahead.

“If ever there was an issue that called for a bipartisan approach, it is our environment and in this case the suggested anchoring of oil barges off our coastline,” said Councilwoman Kathie Talbot, a Democrat.

While the Republicans on the council agreed with Talbot, there was confusion about the process in which the council was to show its unity on the issue.

Talbot said she was under the impression that a joint letter with signatures from each member of the council was be sent to the United States Coast Guard, expressing the city’s bi-partisan opposition to the federal government’s plan.

When Mayor Frank Catalina, a Republican, said a letter with his signature (which is included in this article) had already been emailed to the Coast Guard objecting to the plan, Talbot said she was disappointed that it had to become political. Catalina said that a separate, joint letter, was awaiting signatures from each member of the council.  Read more.  (Photo credit: A Moveable Bridge)