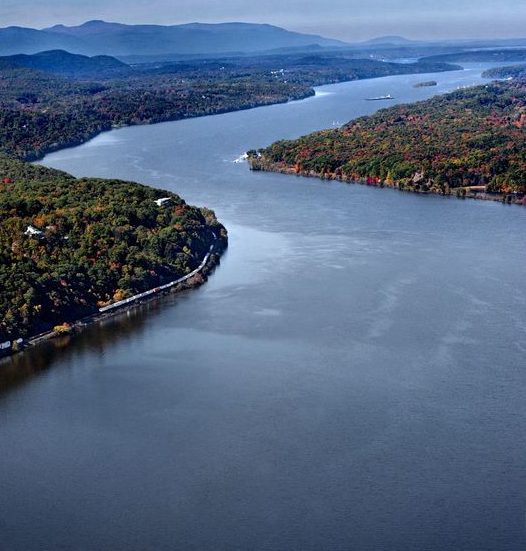 Poughkeepsie Journal Editorial: When defenders of the Hudson River first heard the U.S. Coast Guard was considering designating as many as 10 commercial shipping anchorages on the river, they were rightly appalled and aghast – but they also were taken by surprise.

It was hard to imagine the government would sanction the odious notion of turning parts of the river into “a barge parking lot,” where the potential for more oil spills, contamination of municipal water sources, negative impacts on tourism and interference with recreational boating are all definite threats.

The federal agency had been considering an industry-backed scheme to designate these anchorages, including places in Kingston, Milton, Newburgh and Port Ewen.

Fortunately, the public, led by the area’s environmental groups, rallied. They stood up against the plan. They signed petitions.

In fact, they flooded the U.S. Coast Guard with more than 10,000 comments (the most it has ever has received regarding a proposal) and resoundingly rejected the suggestion. The reaction was so rich and intense that the Coast Guard opted to suspend the process and pull back to do a more comprehensive safety assessment of the river. Officially, this is called the U.S. Coast Guard’s Hudson River Ports and Waterway Safety Assessment, or PAWSA.

The state came through as well, with Gov. Andrew Cuomo recently signing legislation creating “tanker avoided zones” aimed at preventing anchorages from being located where they would pose a direct threat to the environment or would run counter to the economic development goals of neighboring communities.

Yet these matters are far from settled. The Coast Guard has not ruled out proposing new anchorages, which is why it is vital for environmental groups and others to stay engaged and offer solutions. To that end, Riverkeeper, Scenic Hudson and Hudson River Sloop Clearwater all recommend initiatives to better protect the Hudson River. They don’t just include limiting where barges and tankers can anchor, they also involve increasing captains’ and pilots’ access to tide, current and fog conditions. They also include pushing for more resources to ensure a quick response to oil spills and enhancing boater safety education.

While the shipping industry argues the anchorages are necessary to safely transport cargo, others see different motives.

On the federal level, U.S. Rep. Sean Patrick Maloney, D-Cold Spring, has been a vocal critic of the possible proliferation of anchorage designations. In a recent editorial board meeting with the Poughkeepsie Journal, the congressman stressed that the Coast Guard must not allow industry to have “permanent crude oil storage on the river.”  Read more.