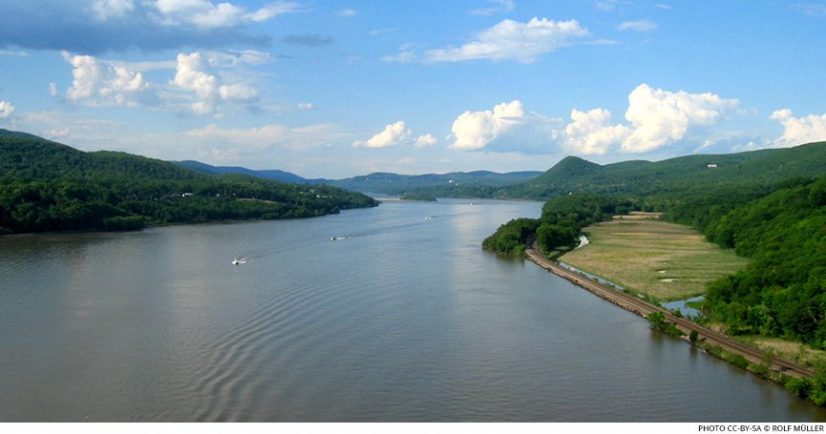 Thirty-five local groups have signed on to a letter to Basil Seggos, Commissioner of the New York State Department of Environmental Conservation, urging him to establish strong regulations for “Tanker Avoidance Zones” to protect the Hudson River from oil barges.

“It remains a top priority of our organizations to prevent the development of new anchorage grounds in the Hudson River from being sited at locations where they pose a clear and direct threat to the environment, quality of life, and regional economic development goals of the Hudson Valley,” states the letter. “We are eager to support a rulemaking process that results in regulations that will accomplish this.”

The complete letter reads as follows:

We are writing you as organizations to thank you for your agency’s leadership in protecting the Hudson River. Recently, Governor Cuomo signed A.6825a/ S.5197b into law and positioned New York State to continue to fulfill its responsibility to the river and its communities from the many potential dangers presented by oil-carrying vessels on the Hudson River. We applaud this development and congratulate the Governor for adding this law to his list of environmental achievements. Today, we write to respectfully request that you immediately advance a rulemaking process to establish Tanker Avoidance Zones for petroleum-bearing vessels, consistent with the considerations in the new law.

It remains a top priority of our organizations to prevent the development of new anchorage grounds in the Hudson River from being sited at locations where they pose a clear and direct threat to the environment, quality of life, and regional economic development goals of the Hudson Valley. We are eager to support a rulemaking process that results in regulations that will accomplish this. Together with the state’s existing authority in the Navigation Law, the new law gives the Department of Environmental Conservation the ability to frame future attempts to designate anchorage grounds in this respect.

The federal government and New York State share concurrent jurisdiction over the Hudson River. As long as action by the state is not inconsistent with existing federal regulation and does not unreasonably burden interstate commerce, New York has significant authority to regulate navigable waters like the Hudson when the state’s interest warrants special precautionary measures. In this case, the state’s interest in protecting the invaluable natural resources of the Hudson and the communities that line its shores is more than sufficient to justify establishment of Tanker Avoidance Zones.

As you are aware, the USCG recently conducted two Ports and Waterways Safety Assessment (PAWSA) workshops for the stretch of the Hudson River between the Tappan Zee Bridge and the Port of Albany. We appreciate your agency’s participation in this collaborative effort; however, we remain concerned that a recommendation to establish new anchorages could be part of the USCG’s PAWSA report, which could be issued as soon as January 2018. With this uncertainty looming, it is even more important that your agency act quickly and issue the strongest regulations possible under the law to protect the Hudson River.

During your tenure as one of Governor Cuomo’s top environmental officials, New York State has secured important victories that have been essential to public health, the environment and the economy of the state. The administration’s support for the Environmental Protection Fund, the ban on hydraulic fracturing, increasing funding for the state’s Oil Spill Response Fund, and issuance of water quality permit decisions relating to energy development and transport have been among these many accomplishments. We hope that you will agree that protecting the Hudson River from petroleum-bearing vessels through implementing the strongest possible regulations allowed under the law will be among these noteworthy accomplishments and consistent with the Governor’s track record.

(View a pdf of the letter, with its list of signatories, here.)