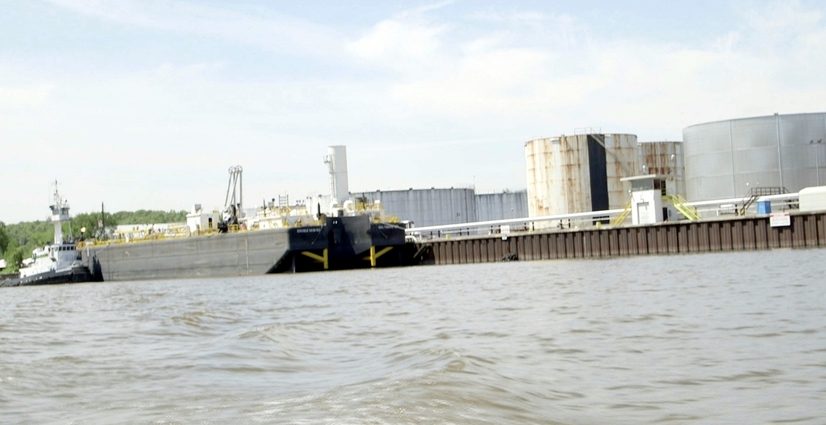 DeSmogBlog: On April 4 a barge carrying 60,000 barrels of gasoline ran aground in the Hudson River and was stranded for hours while New York’s Department of Environmental Conservation tried to determine if the barge was leaking. Luckily the Hudson is a tidal river and when the tide rose, the ship was able to be freed. No gasoline had spilled this time.

However, the nature of the accident highlights the risks of moving petroleum products in barges and tankers on the Hudson River — something that may become a lot more common in the near future. Basil Seggos, head of the state Department of Environmental Conservation, explained to the Albany Times Union what caused the accident but couldn’t explain why it happened.

“He’s way off the channel,” Seggos said. “It looks like it’s on a really bad trajectory at this point. If it hadn’t hit the channel marker it would have run into the shoreline, possibly.”

Captain John Lipscomb of Hudson Riverkeeper noted how even with modern safety technologies, the reality is that accidents happen. And what really concerns Lipscomb is the possibility of one of these accidents resulting in a crude oil spill in the Hudson. A major gasoline spill would cause some environmental damage and pose fire risks. But it would not have the potentially catastrophic impact of a major spill of Bakken crude or Canadian tar sands.

Lipscomb also mentioned an event that happened in 2012 when the oil-by-rail industry was ramping up in Albany. On the first such trip down the Hudson, an oil tanker filled with Bakken oil from the Albany rail terminal ran aground when the tanker had steering issues and was unable to stay in the channel. While the accident tore some large holes in the tanker’s outer shell, luckily the tanker was double-hulled, and no oil spilled.