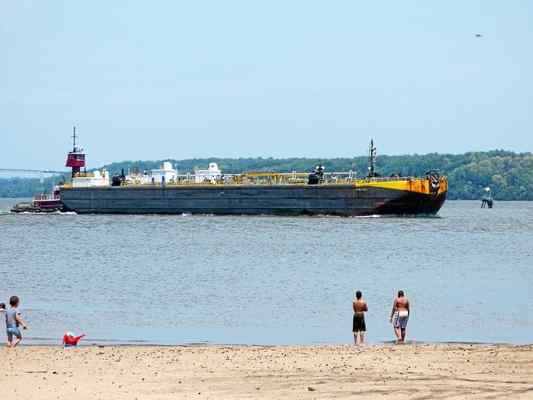 Daily Freeman: U.S. Coast Guard officials enter the evaluation phase of a proposed Hudson River anchorage plan with 10,206 comments to review and a cloud of environmental battles looming over a process that has pitted longtime Hudson River restoration against a shipping industry that wants more say over where it parks its barges.

The initial comment period closed on Dec. 6 with a Coast Guard notice promising to “ensure transparency with the public on this process” of evaluating an industry request for 10 new anchorage sites on the Hudson River between Yonkers and Kingston.

“The Coast Guard is committed to publicly-informed decision making when considering new anchorage grounds and what form possible regulations should take,” officials wrote.

However, the six-month comment period closed with a flurry of opposition that had Pace University outlining how the process was less than transparent and apparently violated Coast Guard policy that should have resulted in scheduling public meetings on the proposal.

“If followed, the (Waterways Management policy) procedures would have assured a transparent decision-making and public review process, enabled the Coast Guard and the public to make an early determination regarding the merit of the … special anchorage request, avoided unnecessary public controversy, provided the benefit of a wide range of public and private maritime expertise, and created open public dialogue and discussion,” wrote university officials. “The Coast Guard failed on each of these counts.”

Coast Guard spokeswoman Chief Petty Officer Allyson Conroy on Friday disagreed with the Pace University assessment and said the comment period was the first stage of a longer review process that will include public meetings if the proposal moves forward.  Read more.