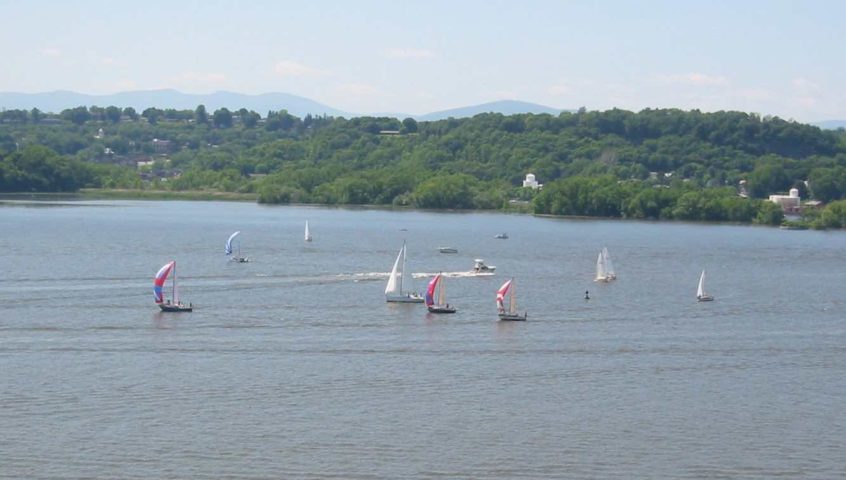 Daily Freeman: A proposal for three Hudson River anchorage sites near Rhinebeck, Kingston and Port Ewen could disrupt long-standing Kingston Sailing Club events that have attracted water craft enthusiasts from around the country.

Club officials filed comments with the U.S. Coast Guard saying the choice of locations — which among 10 new parking lots proposed for barges and tugs — should be reconsidered as safety and security risks.

“If they fill that whole bay up there with barges, that is going to be devastating to boat users,” past club Commodore Barry Medenbach said.

The three locations include one immediately adjacent to Port Ewen, N.Y., where the club has a starting line for regattas.

A second anchorage on the Ulster County side of the river covers a mile-long area that would directly interfere with events, club officials said.

“These are barges that are going to anchor there and they’re going to leave them there,” Medenbach said. “They’re probably going to put permanent moorings in and leave the barge for an unspecified amount of time. Right now, you’ll see the captains come up and they’ll anchor and wait for a tide change, then go. But (under the anchorage proposal), they’ll stay with the barge.”