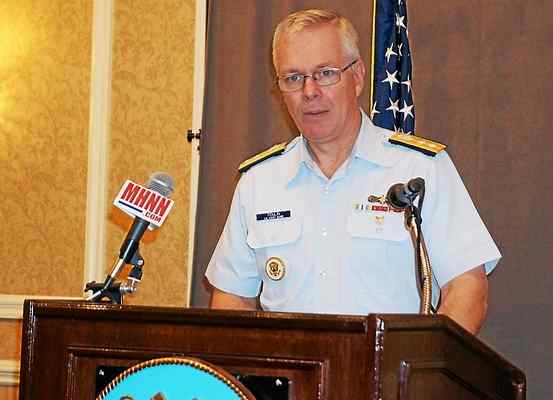 Kingston Daily Freeman: The U.S. Coast Guard on Tuesday began a four-day series of workshops that it says is intended to bring 21st-century rules to the Hudson River.

The Ports and Waterways Safety Assessment, or PAWSA, process is being carried out by 41 participants representing nearly three dozen governmental, commercial, municipal and environmental groups.

Coast Guard Rear Adm. Steven Poulin stressed that the process “is not simply about anchorages,” a reference to a controversial proposal to let large vessels, such as barges and oil tankers, drop anchor at 10 locations on the river between Kingston and Yonkers.

“Yes, that will be one part of it, but this PAWSA is an opportunity for us to talk more comprehensively about all the associated risks” of Hudson River uses, Poulin said at a Tuesday morning press conference in Poughkeepsie.

Poulin said use of the river has grown to include a wide variety of recreational activities.

“The Hudson River is a national treasure and because people love to get on it, recreate and use it … but with that comes greater congestion,” he said.