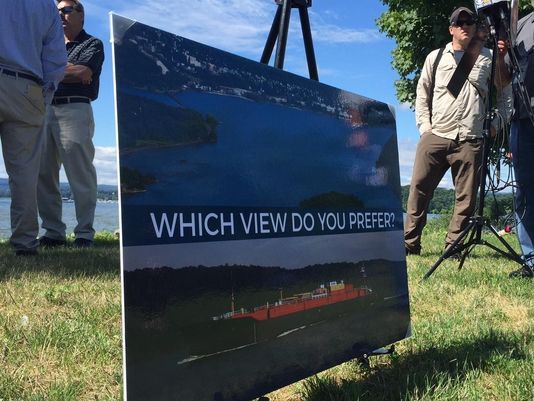 Poughkeepsie Journal Editorial: After too many fits and starts, Gov. Andrew Cuomo and other state lawmakers have momentum on their side in protecting the Hudson River from great harm. It’s essential they stay on top of the push for a cleaner river. The governor took a brisk step recently by signing legislation aimed at beating back attempts to designate as many as 10 commercial shipping anchorages on the river.

If not challenged, this idea could clutter the river with huge vessels carrying volatile materials, such as crude oil, and dropping anchor near vulnerable riverside communities. There is no way government regulators should allow such risks of damaging spills — and the possibility that municipal water sources could get contaminated.

The federal agency had been considering an industry-backed scheme to designate these anchorages, including places in Kingston, Milton, Newburgh and Port Ewen. Currently, only one seasonal anchorage ground exists on the Hudson River from Yonkers to Kingston,

While the U.S. Coast Guard has backed off this industry-sought plan, it is nevertheless conducting a safety assessment of the river. It has not ruled out proposing new anchorages. This is a critically important point. This fight is not nearly over. Vigilance is required. And the state has empowered itself by setting conditions and rules under which such vessels may enter and use the river.  Read more.