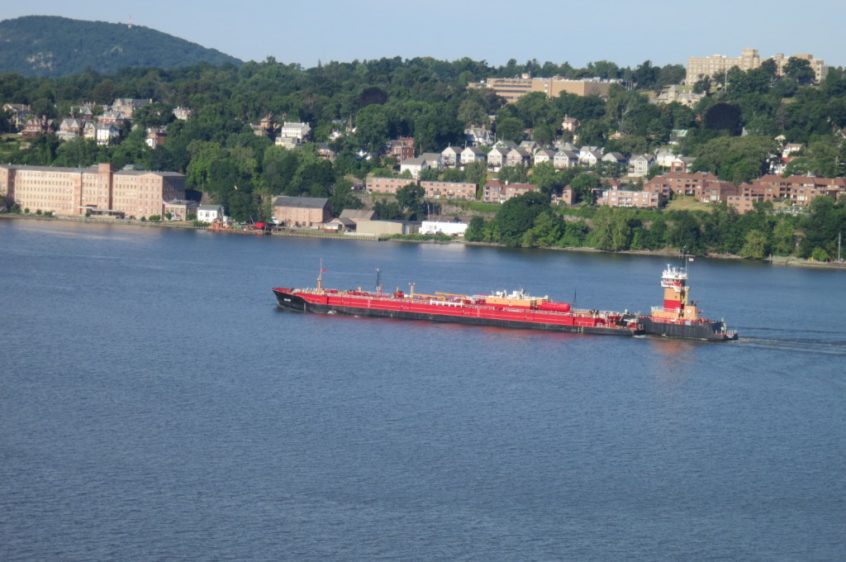 Wigwam: The United States Coast Guard is proposing rules to establish 10 new anchorages in the Hudson River between Yonkers and Kingston. One of the sites proposed is directly off Dennings Point, with three others just south of the Newburgh Beacon Bridge. Currently there is one allowed anchorage on this stretch of the Hudson.

These anchorages do not come without potential issues. It has been demonstrated that the mooring’s ground tackle causes severe scouring of the river bottom, which can disturb fish hatching areas known in some of these locations.

Although fish populations in the river have been decimated in the last 50 years, and commercial fishing has collapsed, there are signs that some species, including endangered sturgeon, may be re-establishing some population.

In terms of disturbance to the human population, it would also allow long term parking for large barges, and there are reports of stadium lighting and loud generators disturbing the peace of the river in places where barges have illegally moored in the past, near Kingston. Some of these barges could also potentially contain crude oil.  Read more.