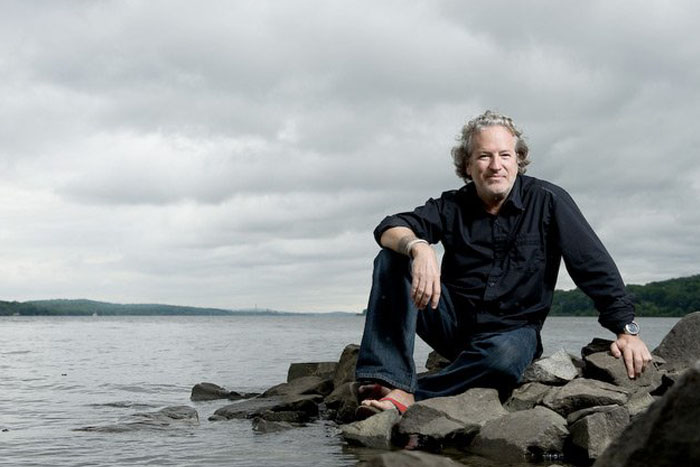 Hudson Valley One: Jon Bowermaster isn’t into being famous, particularly. After a couple of decades as a world adventurer, author and filmmaker who documented Antarctica and other far-flung parts of our ocean planet on National Geographic expeditions, the Stone Ridge resident told Ulster Publishing that he had had decided that he “didn’t want to be ‘that kayak guy’ anymore.” He simply wants to save the world’s waterways – and these days, mostly the ones closest to home.

Nor does Bowermaster baldly exploit his status as rock star Natalie Merchant’s Significant Other, or his friendship with actor Mark Ruffalo that developed on the anti-fracking public speaking circuit (though the celebrity appearances in his films Dear Governor Cuomo and Dear President Obama certainly must have helped him get them widely screened). He keeps a low personal profile and helps his more visible friends and family protect their privacy. But when it comes to corporate and political threats to the natural environment, Jon Bowermaster gets fiercely motivated.

“I’ve spent years making films about the relationship between man and water around the world, but I always wanted to do something about the Hudson River,” he told us in 2016, as his production company, Oceans 8 Films, was marketing a new video-magazine-format series titled The Hudson: A River at Risk. Viewable online at www.hudsonriverstories.com, these mini-documentaries examine such incendiary issues as the incomplete cleanup of PCBs from the Hudson riverbed, “bomb trains” carrying Bakken crude oil across New York State, the proposed Pilgrim Pipelines, leaks and lax security at the Indian Point nuclear plant, the Tappan Zee Bridge replacement project and proposals to anchor gigantic barges indefinitely in Hudson River port towns and to build huge high-voltage transmission lines through the Hudson Valley.  Read more.