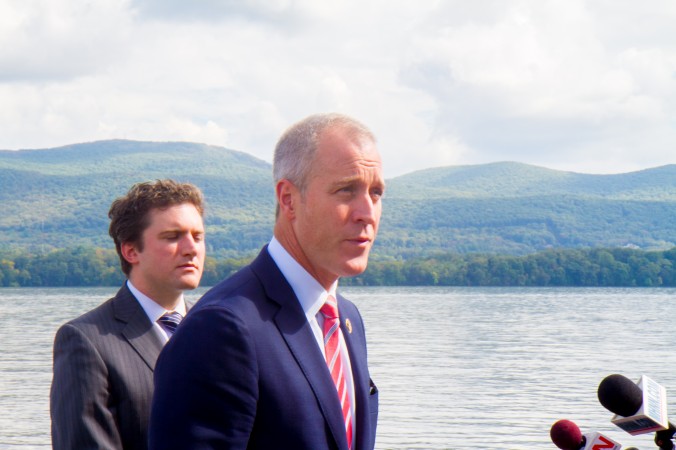 Epoch Times: Speaking on the banks of the Hudson River Oct. 3, Rep. Sean Patrick Maloney announced legislation he’s created that would limit the locations oil barges could anchor, saying it was an environmental, health, and economic threat to the area to have vessels with hazardous or flammable material on the river.

The legislation comes after the U.S. Coast Guard, at the request of trade industry groups, sought to put new anchorage grounds on the stretch of river between Kingston and Yonkers. This would allow “for a safer and more efficient flow of vessel traffic” the Coast Guard said in its rulemaking proposal.

The legislation, called the Hudson River Protection Act, would prohibit new anchoring sites from being created within 5 miles of endangered species habitats, sites listed on the National Register of Historic Places, a nuclear power plant, or a superfund site, which covers the entire stretch from Kingston to Yonkers, Maloney said.  Read more.