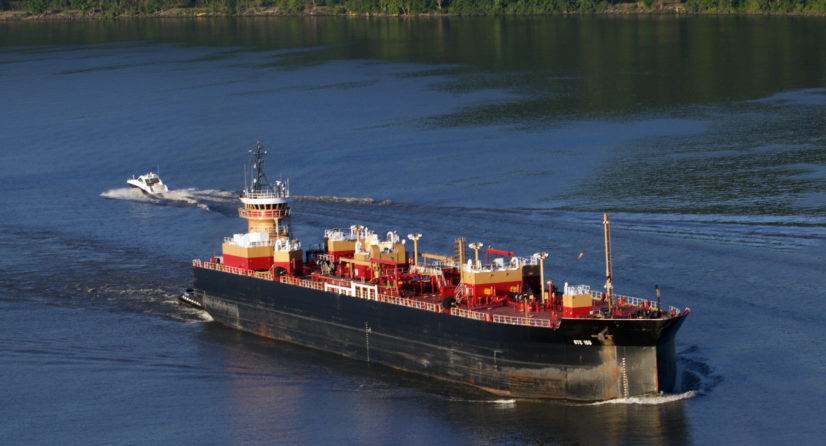 The New York State legislature has passed a bill that addresses the concerns over the proposed anchorages by limiting the movement of petroleum-bearing vessels on the Hudson River.  The legislation was sponsored by Sue Serino in the Senate and Didi Barrett in the Assembly.

The bill tasks the Commissioner of Environmental Conservation, in consultation with the Coast Guard and others, to establish guidelines concerning the minimum environmental conditions under which petroleum-bearing vessels may move on the river. The conditions include visibility, the tide and wind, and weather.

The bill also authorizes the Commissioner to establish “Tanker-Avoidance Zones” where it would be “unlawful for petroleum-bearing vessels to enter, move or anchor upon the navigable waters of the Hudson River, except in cases of great emergency.”

In considering where to locate these Tanker-Avoidance Zones, the Commissioner may consider a number of factors: (1) navigational hazards; (2) environmental conditions; (3) the existence of designated significant coastal fish and wildlife habitats; (4) proximity to waterfront communities; (5) disproportionate impacts on communities; and (6) federally or state identified environmental remediation sites. The Commission may also consider an affected community’s waterfront revitalization plan or comprehensive plan and the environmental justice communities impacts.

Finally, the bill tasks the Commissioner with submitting a report to the governor within 120 days regarding “recommendations on plans, policies and programs affecting petroleum-bearing vessels on the navigable waters of the Hudson, as well as on any proposed rulemaking from the United States Coast Guard which would impact the Hudson.”

In establishing these guidelines and preparing the report, the Commissioner of Environmental Conservation is supposed to consult with the U.S. Coast Guard, the Board of Commissioners of Pilots, the Department of State, the Office of Parks, Recreation and Historic Preservation, at least one licensed Hudson River pilot, and appropriate officials of any state which might be affected.

To justify the bill, its sponsors explain that the Coast Guard’s proposal to establish 10 new anchorage grounds, with 43 new vessel berths, “raises economic and health and safety concerns and it is important that New York State is able to take appropriate factors into account when determining the use of its navigable waters.”

“The Hudson River and surrounding waterfronts are the lifeblood of the communities through which it passes,” the sponsors go on to write, “and members of these communities have expressed their fear that, in addition to potential accidents, their scenic waterfronts could be transformed into parking lots for unsightly barges. This legislation will enhance the State’s ability to protect its communities and to preserve the natural integrity of the region.”

Serino’s bill in the Senate was co-sponsored by Marisol Alcantara, Tony Avella, George A. Amedore, Jr., and Jamaal Bailey.

Now that the bill has cleared both the Assembly and Senate, it’s up to Governor Cuomo to sign it into law.

Read the text of the bill here (it’s version B).