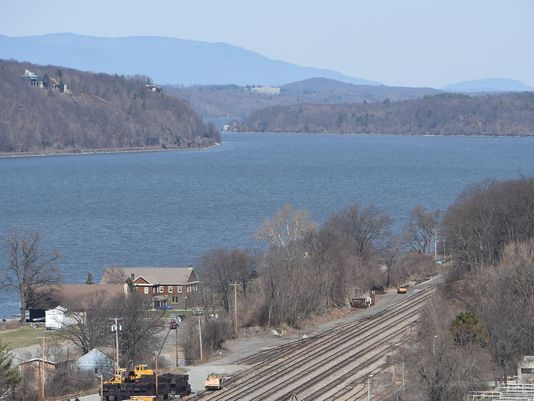 Poughkeepsie Journal Editorial Board: Just how much abuse is the Hudson River supposed to take?

It has taken decades to make the river cleaner from industrial pollution, and there still are Herculean efforts needed for that complicated, costly task.

In the last few years, there also has been a growing threat caused by the proliferation of crude-oil shipments by barge on the river and by track alongside the majestic Hudson. Cargo on the river — including oil and natural gas — is already being shipped in massive quantities. That includes about 17.5 billion barrels of oil from mid-December 2015 to mid-March 2016, according to the U.S. Coast Guard. Think about that for a moment. A crude-oil spill could cause a full-blown environmental disaster, yet now the Coast Guard is entertaining reckless ideas that likely would increase the odds of a catastrophe in the river.

Specifically, the Coast Guard is considering putting as many as 10 commercial shipping anchorages on the Hudson, including places in Kingston, Milton, Newburgh and Port Ewen. This would allow commercial boats — including those carrying oil and natural gas — to drop anchor in the area.

The shipping industry says the anchorages will not be constantly filled but are needed so ships can more easily follow the high tide needed to traverse the Hudson and to avoid traveling through foggy weather in the narrower parts of the river. Those needs, however valid, must be weighed against using this section of the river as what many are calling “a barge parking lot.”  Read more.