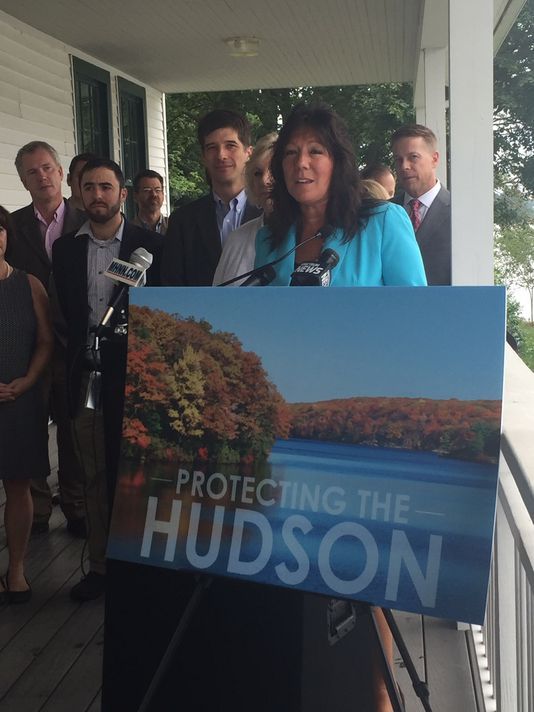 Poughkeepsie Journal: While the U.S. Coast Guard recently suspended its anchorage proposal, the possibility of another effort to fill the Hudson River with anchored vessels could be on the horizon.

But legislation aimed at safeguarding the Hudson River could bolster the state’s jurisdiction over the river, protecting the area against the transportation of crude oil and other hazardous materials should the federal agency reconsider its plan, according to Sen. Sue Serino, R-Hyde Park.

Serino was joined by Assemblymember Didi Barrett, D-Hudson, local government officials, members of Scenic Hudson, and other environmental and community groups at Quiet Cove Park Monday to discuss the urgency of enacting this bill, which would put the state in a stronger position to prevent anchored vessels from posing a threat to drinking water, the environment, and local economics should the Coast Guard’s proposal, or others, surface.

“As a representative of several communities that get their drinking water from the Hudson River, I cannot overstate the importance of this bill. The anchorage proposal could have had a negative impact on everything – from environmental health, to public safety and economic development,” Serino said. Read more.