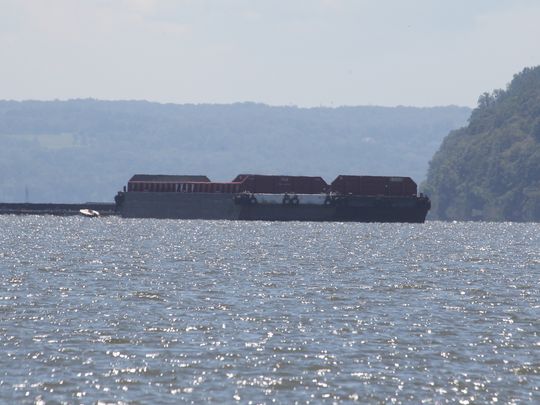 lohud.com: Residents in one scenic Hudson River village were not happy.

Commercial ships, primarily carrying petroleum-based goods, had been dropping anchor on the river off the banks of Rhinecliff, a few miles before the river narrows en route to the ports of Albany and Coeymans.

Nearly a year later, however, the complaints they registered with the Coast Guard have only stirred up more controversy.

The shipping industry wants to turn those anchorages — places commercial ships can stop to wait for better conditions or space to open in a port — into official Coast Guard-designated parking spaces at 10 separate locations along the Hudson, from Yonkers north to Kingston.

Three of those would be in the Lower Hudson Valley, including the largest, in Yonkers. The other two local anchorages would be off Montrose and Stony Point.

The shipping industry says the anchorages are necessary to allow them to safely navigate the river, which varies in width and depth.

Environmental groups like Riverkeeper, that are part of a rising tide of opposition, see something more nefarious at play.

“We’re seeing a tremendous amount of interest in this. We’re inundated by contacts from the public, from mayors, from county executives,” said Riverkeeper boat captain John Lipscomb, whose organization is opposed to the new anchorages. “The comments are spanning a hundred miles of river. The comments are broad, geographically and demographically.”  Read more.