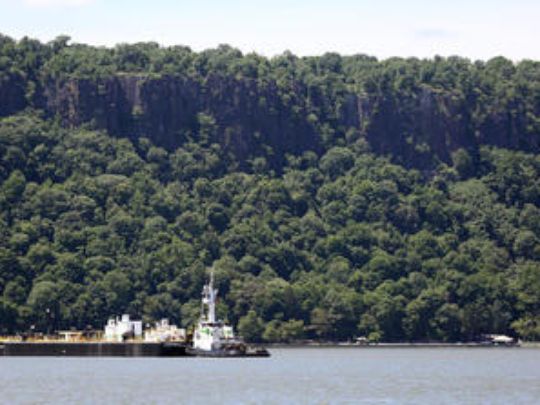 lohud.com: Phil Reisman commentary: The fight never ends. Every time you turn around somebody is recklessly messing with our Hudson River.

Note the word our.

The Hudson is the people’s river, the “American Rhine.”

Since the days of the first Dutch fur traders, the river has served as a major commercial and industrial waterway — and though the titans of industry didn’t hold title to the majestic estuary, they freely abused it. Over time, the river was transformed into a lethal chemistry experiment comprised of mercury, cadmium, PCBs, Strontium-90, and untreated human waste.

It wasn’t an act of God that stemmed the slow but continuous strangulation of the Hudson. It wasn’t divine intervention that enabled passage of the New York Pure Waters Act of 1965 and the federal Clean Water Act of 1972. A magic wand didn’t compel General Electric to pay for the dredging of millions of pounds of sludge laced with contaminants dumped from factory outflow pipes.

These victories were the result of public vigilance, driven by the collective forces of organizations like Riverkeeper, Scenic Hudson and Clearwater Inc.

The river requires the people’s protection — yours and mine. That’s because it is always near or in a state of crisis, forever vulnerable to one kind of threat or another.

And so here we have the latest threat — a greed-driven proposal by the Maritime Association of the Port of New York and New Jersey to anchor a string of 600-foot oil barges along a 70-mile stretch of riverfront, from Yonkers to Kingston.

It’s an amazing thing to contemplate but the U.S. today has more oil than it knows what to do with, thanks to new technologies that are pulling the stuff out of the ground at a rate of 9 million barrels a day. The lifting of a federal oil export ban means that this surplus can now be sent and sold overseas — and that’s where the Hudson River comes into play.

They want to turn it into a giant parking lot for barges loaded with foreign-bound crude.  Read more.