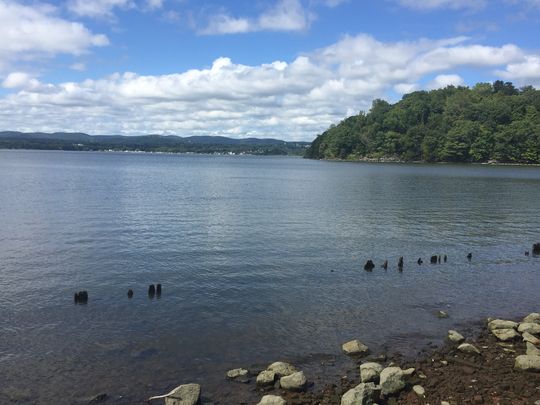 Not to dumb this down too much, but there is a glut of domestic oil, thanks to new technologies leading to a boom in the Dakotas. The oil is being shipped east to the port of Albany, and one way or another, needs to be transported further downriver in order to expedite overseas export.

And so the moneyed interests are asking to store the oil on these giant eyesores that will be moored at sites along river towns from Kingston all the way down to Yonkers.

The anchorage idea caught everybody off guard, to say the least. After all, it’s not as if the feds really wanted to loudly advertise a policy that, if approved, would effectively re-industrialize the Hudson and reverse the remarkable progress made over a generation to clean, beautify and forever protect it from harm.  Read more.