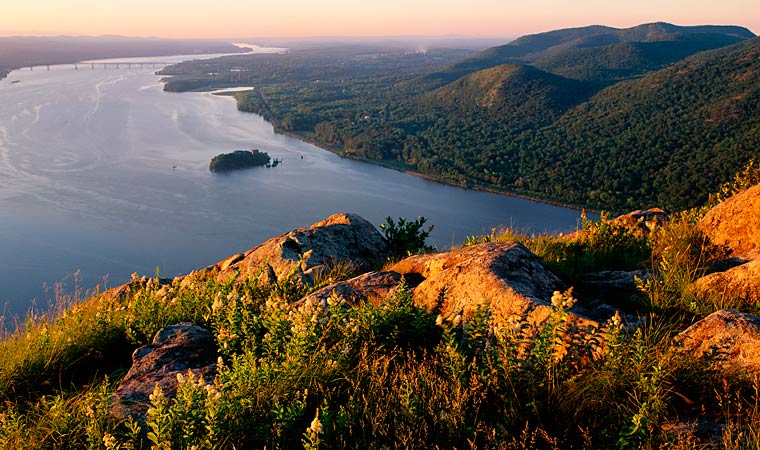 Ned Sullivan, president of Scenic Hudson, in the Times Union: Scenic Hudson and other environmental groups have made great strides in preserving the Hudson Valley’s scenic and ecological treasures. At the same time, communities along the river have done much to revitalize their waterfronts as exciting places to live, work and have fun. These successes have greatly enhanced residents’ quality of life, a major asset in attracting businesses that bolster the regional economy.

Now we face a new threat that could seriously undermine these achievements.

The U.S. Coast Guard is considering regulations that would establish anchorage grounds for commercial vessels along the Hudson River — up to 10 sites between Yonkers, Westchester County, and Kingston, Ulster County. In a river as difficult to navigate as the Hudson, it’s important vessels have “safe harbors” — places to sit out storms and heavy fog and cut down on crew fatigue. However, if the purpose of these anchorages is to warehouse barges filled with volatile crude oil, they are totally unacceptable.

Such offshore “parking lots” would significantly increase the environmental risks our river and waterfront communities already face from crude oil transported by train in poorly designed railcars, and without adequate safeguards to prevent and respond to spills. A barge spill in the tidal Hudson would be difficult, if not impossible, to clean up without incurring damage to drinking-water resources and prime wildlife habitat, as well as fouling riverfronts all the way to New York City. While the Hudson already faces a massive volume of crude oil transport by rail and water for domestic use, Congress has lifted the ban on export of crude, potentially increasing the volume that could pass from Albany to New York Harbor.

At the same time, the noise and air-quality impacts of the anchorages could stall ongoing economic development projects on downtown waterfronts. They also could imperil the region’s scenic splendor — imagine hiking to the top of a mountain only to gaze down upon a pileup of barges — as well as access to the river and the safety of those engaged in paddling, sailing and motorboating.

As it stands, this plan would be disastrous — allowing as many as 43 berths for tankers at the 10 locations, turning our bucolic river into an industrial storage facility. Leaders of environmental groups as well as many public officials — including mayors, county executives, and Sens. Kirsten Gillibrand and Charles Schumer — have expressed alarm about the proposal and called for public hearings, which the Coast Guard plans to hold next spring. In the meantime, it is seeking public comments through Sept. 7 about the anchorages.

Scenic Hudson is committed to measures that ensure the safety of shipping crews on the Hudson.

But the river cannot be turned into an industrial parking lot for flotillas of crude oil tankers and barges at the risk of the region’s economic and environmental health.