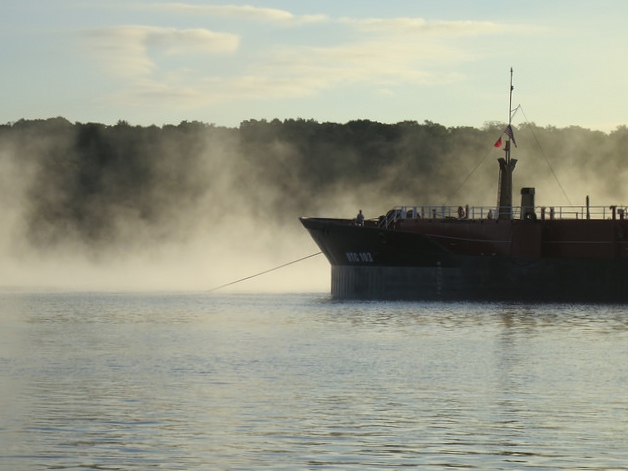 People in the Hudson Valley have spoken up for their river like never before.

The last six months have brought out a unified plea in response to a proposal to dramatically increase designated areas for commercial vessels to drop anchor in the Hudson River.

Almost all of the 9,000+ comments submitted to the U.S. Coast Guard – including those sent by Riverkeeper today – call for rejection of the plan requested by industry to designate 10 new anchorage grounds with a combined 43 berths, occupying over 2,400 acres in the Hudson.

The comments also send a broader message: We are happy that the life in the Hudson River is slowly being restored to health, we are proud of this 50-year-old fight, and we are not willing to take a step back.

“In my experience – and, I believe, in the history of the Hudson Valley – there has never been an outpouring of love and caring for the river such as we have seen in this case,” said John Lipscomb, Riverkeeper’s Patrol Boat Captain and Vice President for Advocacy. “The public has never spoken so broadly or so loudly, with such a unified voice, even in historic battles ranging from Storm King Mountain to GE and its PCBs. I believe this effort, win or lose, will go down in history as a moment that finally galvanized the entire valley to come out and protect the river.”

Today, December 6, was the final day to submit comments on the Coast Guard’s “Advance Notice of Proposed Rulemaking” to establish the new anchorage grounds. The proposed rulemaking was prompted by requests from the Maritime Association of New York/New Jersey’s Tug & Barge Committee and other industry groups.

In a 39-page comment letter, Riverkeeper said any formal proposal that may be issued for anchorage grounds in the Hudson must undergo a comprehensive environmental review – including a full environmental impact statement. Riverkeeper urged the Coast Guard to continue to make every effort to involve the public in this process, including extended comment periods and public hearings in every affected county.  Read more.  Click here for a PDF of Riverkeeper’s comment letter.