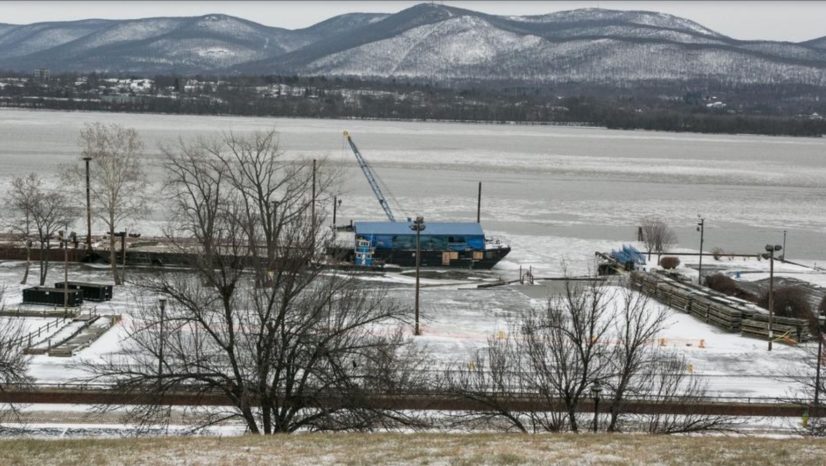 Times Herald Record: A proposal to add 10 commercial shipping anchorages on the Hudson River between Albany and Yonkers has flooded the U.S. Coast Guard with more than 10,000 public comments, a deluge that’s expected to take months to digest.

Many of the comments expressed opposition to the plan. Environmental watchdogs including Hudson Riverkeeper and Scenic Hudson, have argued that it would industrialize the river with an increase in shipping, particularly crude oil, and thereby increase the risk of catastrophic spills.

Requests for the anchorages have been received by the Coast Guard from the Maritime Association of the Port of New York and New Jersey, the Hudson River Port Pilot’s Association, and the American Waterways Operators.

Their argument is that the anchoring locations would increase safety by giving vessels a place to stop in times of emergencies.

Thomas Feeney of Kingston, who identified himself as a U.S. Merchant Mariner, commented that the existing four anchorages were insufficient. Valuable time to address emergencies – mechanical, medical, poor visibility – could be lost because vessels need Coast Guard approval to drop anchor elsewhere….

A review by the Times Herald-Record of several months of comments indicated that most were opposed to the plan. One of the more common arguments was that the anchorages threatened to negate decades of efforts to clean up the river.

“We can’t backtrack on all of that progress,” Jonathan Altschuler commented.

He and Harold Chorny, who said he swims, boats and fishes in the river, wanted a full environmental review, a process that groups including Riverkeeper have advocated.