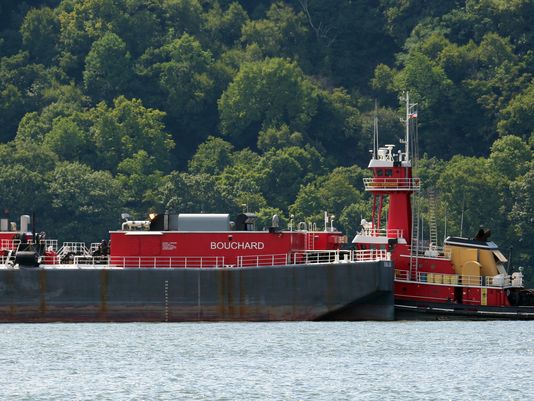 Times Union: A U.S. Coast Guard plan to allow floating barges full of crude oil to anchor for long periods of time on the lower Hudson River is not “an acceptable solution,” a top state official wrote Tuesday.

Deputy Secretary of State Sandra Allen raised concerns to the Coast Guard over the plan, which would allow up to 43 barges — each of which could potentially contain enough oil to fill six Olympic-sized swimming pools — to anchor along 70 miles of the Hudson between Kingston and Yonkers.

Allen called Coast Guard information about the plan “limited” and voiced concerns about “a dramatic increase in the number of anchorage locations and intensity of use.” She added that the state opposes proposed long-term use of the anchorages.

“At a minimum,” Allen wrote, the Coast Guard should conduct an environmental review of the proposal.

Her letter, which represented a consensus among the state Department of State, Department of Environmental Conservation, Department of Public Service, and Office of Parks, Recreation and Historic Preservation, did not raise potential environmental impacts, but did question how barge anchorages would impact endangered Atlantic and shortnose sturgeon. Read more.