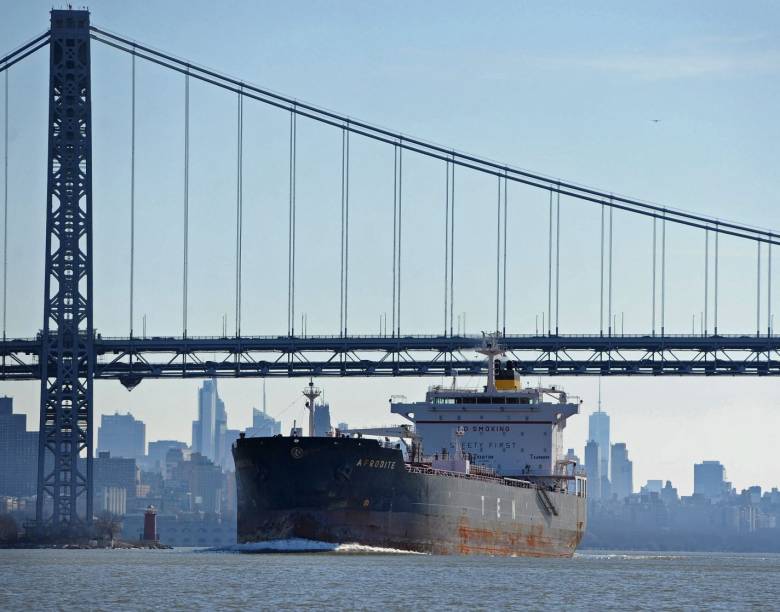 NorthJersey.com: THE SAD, environment-altering saga of the Exxon Valdez was written off the Alaskan coast 25 years ago. The tanker struck a reef in Prince William Sound and spilled millions of gallons of oil into the water, creating an environmental nightmare that took years to clean up. Who knows for sure whether another Exxon Valdez could happen on the Hudson River, but it is something to think about these days as the waterway is busy becoming a vital commerce route for domestic crude oil shipments.

As Staff Writer Scott Fallon reports, as much as 25 million gallons of crude oil per week is now making its way down the Hudson via oil tankers and barges. The steady clip of oil in the last few years mostly originates from the oil boom in North Dakota. It is transported by rail to Albany, N.Y., and then pumped onto several barges and a tanker that travels 145 miles down the Hudson, past Manhattan and through New York Harbor and on eventually to refineries in New Jersey and Canada.

We understand that the shipping of this oil has a great potential for the region’s economy. Oil executives say the crude shipments will help stir a still-moribund upstate New York economy, could revitalize refineries along the East Coast and eventually will bring down the price of gas.

Yet, as anyone old enough to remember the Exxon Valdez disaster can attest, it takes only one large-scale accident to make a catastrophic environmental event. As The Record reports, New York Gov. Andrew Cuomo’s administration approved the rapid expansion of crude oil processing in Albany and is now calling for development of better emergency response plans in the case of spills.  Read more.