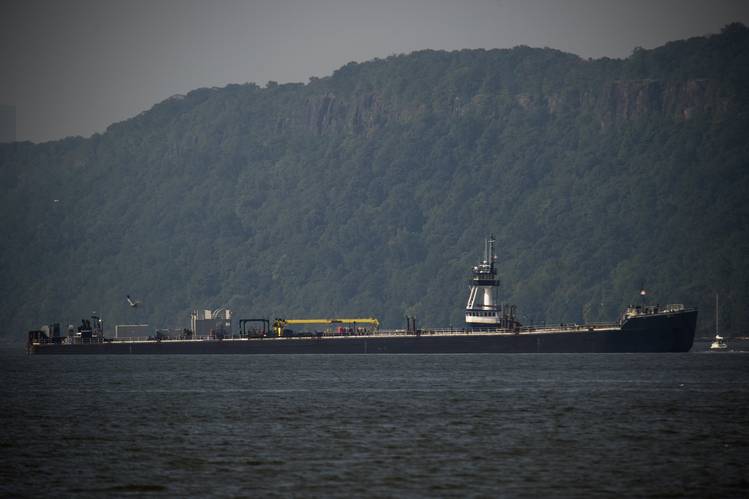 Wall Street Journal: A proposal to allow commercial barges to drop anchor along a 70-mile strip of the Hudson River has stoked outrage from some who live along the water.

There is one anchorage site between Yonkers and Kingston, and the U.S. Coast Guard is proposing to add nine and to expand a site in Yonkers. Shipping industry officials say more sites would improve safety by giving barges places to stop during bad weather or poor visibility.

But environmental groups and elected officials say the plan would be a step back for riverfront communities that have worked to make the shoreline a more desirable place to work and live.

“We have truly transformed our city from an old industrialized city to a beautiful waterfront that is mixed use for recreation and for people to live on,” said Yonkers Mayor Mike Spano. “What we see here is the reindustrialization of the Hudson River.”

About 1,600 units of housing have been built along the Yonkers waterfront over the past 20 years, with another 2,000 on the way, Mr. Spano said. Under the anchorage plan, 16 vessels would be allowed to moor near the Yonkers site.

Some 17.5 million tons of cargo were shipped in 2014 along the Hudson River between the Upper New York Bay, home of the Port of New York and New Jersey, and Waterford, N.Y., just north of Albany, according to the U.S. Army Corps of Engineers.

Critics of the proposal worry that more maritime activity would harm the area’s natural beauty, endanger wildlife and result in more accidents with barges, some of which transport oil. Opponents also fear that shipping companies would use the anchorage sites as long-term storage facilities.

Brian Vahey, senior manager of the Atlantic region for the American Waterways Operators, one of the trade groups that requested the change, said those fears were overblown. Barges are forced to anchor typically because there is too much fog or ice to navigate, he said.

“The anchorages are really there for purpose of safety and facilitating industry safe-navigation practices,” he said.

Mr. Vahey said these proposed anchorage sites wouldn’t have any associated docks or fuel stations and that vessels would simply drop anchor in the designated spots. They would be “very low-impact in terms of what people will see,” he added.

Mr. Vahey also disputed the notion that the anchorage sites would be used as parking lots for barges. Ships typically drop anchor at these sites for about four to six hours, according to the American Waterways Operators.

“It is within the best interests of any operator on the Hudson River or any other waterway in the U.S. to not have a vessel stopped,” Mr. Vahey said. “A vessel that is stopped is a vessel that is not delivering cargo to its destination.”

Coast Guard Chief Warrant Officer Allyson Conroy said shipping companies can now moor their barges outside federally designated anchorage locations along the Hudson River in emergency situations, such as when a crew is fatigued or when ships are contending with low tides. Read more.